Home World Europe An Election Win for Boris Johnson, but His Strategies Risk Breaking Up...
WorldEurope

An Election Win for Boris Johnson, but His Strategies Risk Breaking Up the U.K. 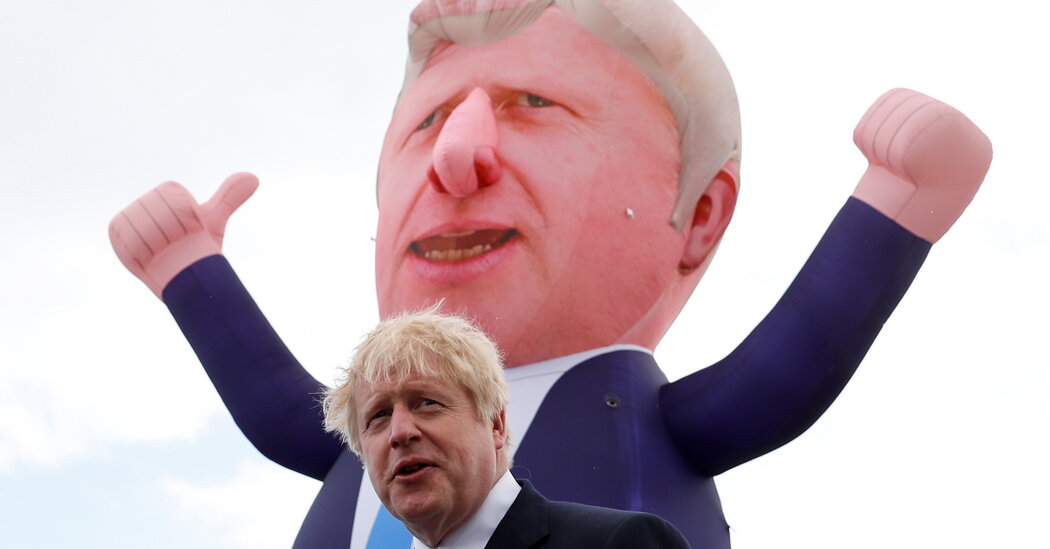 LONDON — The great realignment of British politics accelerated this week, but it is pulling in starkly different directions north and south of the Scottish border.

In England, Prime Minister Boris Johnson’s Conservative Party scored decisive victories in regional elections on Thursday, leaving the opposition Labour Party gasping for breath. But the same populist forces that propelled the Conservatives there cut against them in Scotland, where supporters of Scottish independence are on track to prosper and rejuvenate their long-nurtured bid for independence.

For Mr. Johnson, the results add up to the ultimate split decision: Victorious in England, with an opposition so vanquished that it gives the Conservatives a simulacrum of one-party rule, but threatened by Scotland, which could make him the prime minister who presides over the dissolution of the United Kingdom.

“The tectonic plates of British politics had already begun to shift, and they are now shifting further and quite possibly faster,” said Tony Travers, a professor of politics at the London School of Economics. “What links these elections is Boris Johnson, not liked in Scotland, but pretty much liked in England.”

Mr. Johnson’s brand of soft-edged populism played well in the old Labour bastions of northern England, where the Conservative candidate trounced her Labour opponent in the gritty port town of Hartlepool. He was helped further by the successful rollout of Covid-19 vaccines and more generally by the pandemic, which enabled him to remake the Conservatives as a party of New Deal-style state intervention.

Yet Mr. Johnson remains unpopular in Scotland, where his pro-Brexit credentials still rankle Scots, who voted in a majority against leaving the European Union. The Scottish National Party has championed a second independence referendum that would reverse that decision, if only for Scotland. The same policies Mr. Johnson used to woo voters in England could also further drive away those in Scotland.

“The challenge for Boris Johnson is that he is finding that the better he does in England, the more he alienates Scotland,” said Matthew Goodwin, a professor of politics at the University of Kent.

Vote counting was taking longer in Scotland than in England, so it was unclear whether the Scottish National Party would win an outright majority in Scotland’s Parliament. But even if it falls a few seats short, it can assemble a pro-independence majority with the support of Scottish Greens, guaranteeing that the pressure on Mr. Johnson to allow a referendum will mount.

Still, there was plenty for Mr. Johnson to celebrate. The parliamentary by-election in Hartlepool was not so much a defeat as a humiliation for the Labour Party, which had held the seat since the constituency’s establishment in the 1970s. The Conservative candidate, Jill Mortimer, captured nearly twice the number of votes as the Labour candidate, Paul Williams.

Labour candidates fared as badly in local elections in northern towns and cities, further evidence that the party’s “red wall” in industrial and working-class parts of the country was crumbling. From Northumberland and Dudley to Nuneaton and Bedworth, the Conservatives seized control of local councils.

They benefited from the absence of single-issue pro-Brexit parties, which had split the pro-Brexit vote in previous elections. In Hartlepool, for example, Labour would have lost its seat to the Conservatives in the 2019 general election, were it not for the Brexit Party candidate siphoning off votes.

Even as Brexit has receded as an issue, voters seemed determined to abandon the blue-collar party of their parents and grandparents for the Johnson government’s message of “leveling up” the Midlands and the north with London and other more prosperous cities in England’s south and west.

The Conservative Party’s success appears to confirm the theory that, turbocharged by the Brexit debate, Britain’s politics are splintering along new dividing lines, related more to values than to social class.

The result in Hartlepool, Mr. Goodwin said, “symbolizes the Labour Party’s broken bond with the working class and reflects a deeper realignment in British politics where the old left and right is making way for a new divide, between liberals and conservatives, that is really more to do with identities rather than class or how much money you have.”

Voters also brushed aside a swirl of questions about Mr. Johnson’s ethical conduct in office, ranging from his cellphone exchanges with a British billionaire to the expensive makeover of his apartment in Downing Street, which appears to have been paid for, at least initially, by a Conservative Party donor.

As he did after his landslide election victory in 2019, Mr. Johnson struck an uncharacteristically modest tone.

“What has happened is that they can see we did get Brexit done and, to a certain extent, they can see that we delivered on that,” he said in Hartlepool. “What people want us to do now is to get on with delivering on everything else.”

The results will raise hard questions for the Labour Party leader, Keir Starmer. Critics were quick to fault him for tactical blunders, like running an anti-Brexit candidate in pro-Brexit Hartlepool. And they demanded changes in the party’s direction, though the shape of that new direction was far from clear.

Visibly frustrated and sounding less polished than usual, Mr. Starmer accepted responsibility, describing the results as “bitterly disappointing.” But he did not offer any details of a comeback plan.

“We have changed as a party, but we need to go further and we need to set out that strong case to the country,” Mr. Starmer said, promising to “reconnect and rebuild trust with working people, particularly in places like Hartlepool.”

With its weakness among those voters, Labour now depends on better educated voters who are at home in cosmopolitan, multicultural, cities. In London, for example, the Labour mayor, Sadiq Khan, was cruising toward re-election.

“If the Conservatives can take Hartlepool, they can take probably two dozen other blue-collar Labour seats where voters lean left on the economy and right on culture,” Mr. Goodwin of the University of Kent said. “The Labour Party cannot simply pivot to graduates and middle-class professionals; there are not enough seats for that to work.”

The paradox for Mr. Johnson is that the success of his strategy in England has an equal and opposite effect in Scotland, where political sentiment is moving in a more liberal direction and opposition to Brexit remains strong.

Reaction to Mr. Johnson’s election-eve deployment of Navy ships to the island of Jersey, in a dispute with France about fishing rights, was more muted in Scotland than in England, where tabloids rhapsodized about a latter-day battle of Trafalgar.

Moreover, he said, Mr. Johnson’s promises of economic help to the north of England could further undermine his support in Scotland, where voters are quick to see favoritism.

For Scotland’s first minister, Nicola Sturgeon, the path to an independence remains tricky. If the Scottish National Party doesn’t win an outright majority in the Parliament — a scenario that seemed possible on Friday — the momentum behind another referendum might dissipate temporarily.

The last time Scots held a referendum, they voted against leaving the United Kingdom by 55 percent to 44 percent. Polls currently put support for independence at roughly 50-50, slightly weaker than six months ago.

Still, with the support of the Greens, Ms. Sturgeon is likely to have the numbers to press on with legislation for another plebiscite, and to provoke a legal challenge from Mr. Johnson or his allies to declare it illegal.

After living in Marseille, the family briefly moved to Morocco, but then returned to Spain because Mr. Almudéver’s mother fell seriously ill in 1931,...
Read more
Europe

After enduring a winter of strict lockdown, and a spring that saw a gradual reopening but lousy weather to spend it in, the first...
Read more
Europe

In Rwanda, Macron Tries to Reset Relations With Africa

PARIS — After nearly three decades of recriminations over France’s role in Rwanda’s genocide of 1994, the leaders of the two countries on Thursday...
Read more