Are Streamed Plays Theater or TV? Unions Settle a Dispute 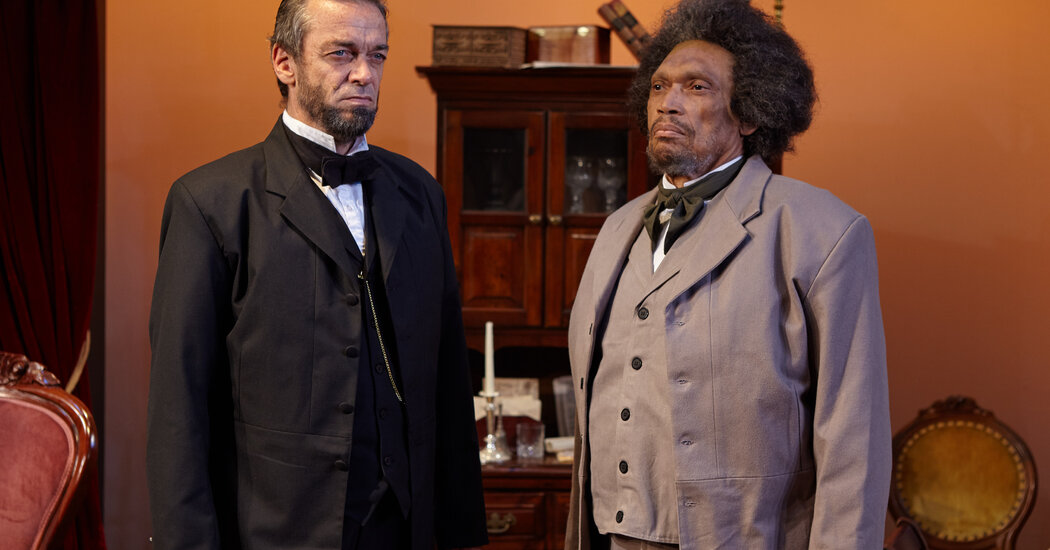 Two major entertainment industry unions have settled an internecine dispute over streaming theater, reaching an agreement that should make it easier for professional theaters around the country to film plays and musicals for broadcast during the coronavirus pandemic.

The dispute centered on a distinctly pandemic-era question: As theaters that have been shut down by the outbreak try to stream productions, should their contracts fall to the union that represents people who work in theater, or the one that represents film and television workers?

After a sometimes-bitter dispute, the Actors’ Equity Association, which represents 51,000 stage actors and state managers, and SAG-AFTRA, which represents 160,000 people who work primarily in film and television, announced the agreement Thursday evening.

“This is a great day,” Kate Shindle, the Equity president, said in an interview Thursday. “This gives people who make theater the ability to innovate in ways that they need in order to survive.”

Shindle said she was hopeful that the agreement will make it possible for theaters to stream more work for the duration of the pandemic. “We want this work to happen,” she said.

Under the agreement, which is tentatively scheduled to last until Dec. 31, 2021, the two unions agreed that Equity will cover work recorded for digital distribution that replaces, or supplements, a live audience.

There are many restrictions — the Equity-covered work is supposed to be distributed to ticketholders or subscribers, and not broadcast to the general public. The audience, over the course of the streaming run, must not exceed twice the theater’s seating capacity over that time period, or three times the capacity for theaters with fewer than 350 seats.

“The program may not include work that is more in the nature of a television show or movie, including work that is shot out of chronological order, that is substantially edited prior to exhibition, or that includes visual effects or other elements that could not be replicated in a live manner,” the agreement says.

The unions agreed that ordinarily, meaning during non-pandemic times, most work made for streaming is part of SAG-AFTRA’s jurisdiction.

“The agreement preserves SAG-AFTRA’s historic jurisdiction while creating an important accommodation that serves performers,” that union’s president Gabrielle Carteris, and David White, the national executive director, said in a letter to their members. “We are pleased that we are able to help create work opportunities for AEA members when it is vitally needed, while also protecting SAG-AFTRA members’ work opportunities now and into the future,” they added.

The dispute, between two unions that are both part of the AFL-CIO, has been unfolding throughout the pandemic, as theaters increasingly pivoted to streaming because government regulations and union safety protocols prohibited most performances before live audiences.

Both unions argued that they should have the right to represent performers working on streamed plays and musicals; theaters and commercial producers were caught in the middle, often frustrated that Equity at times seemed like an obstacle to making work, but also aware that Equity objected to theaters’ working with SAG-AFTRA.

Equity had argued that SAG-AFTRA was undercutting it, paying its members less and making it harder for them to qualify for health insurance, while SAG-AFTRA argued that filmed entertainment had always been its territory.

Equity has filed grievances against some theaters over streaming deals already reached with SAG-AFTRA, and those grievances will still need to be resolved.

The Oscars Are a Week Away, but How Many Will Watch?

Mr. Soderbergh did acknowledge that there is only so much the producers can do.“People’s decision-making process on whether to watch or not doesn’t seem...
Read more
Advertising

She was a 51-year old former antiques dealer with no experience as a writer when she wrote to the editor of The World of...
Read more
Advertising

Frank Jacobs, an inventive satirist who in his 57 years at Mad magazine mocked popular culture and politics, often in pitch-perfect verse and lyrics,...
Read more