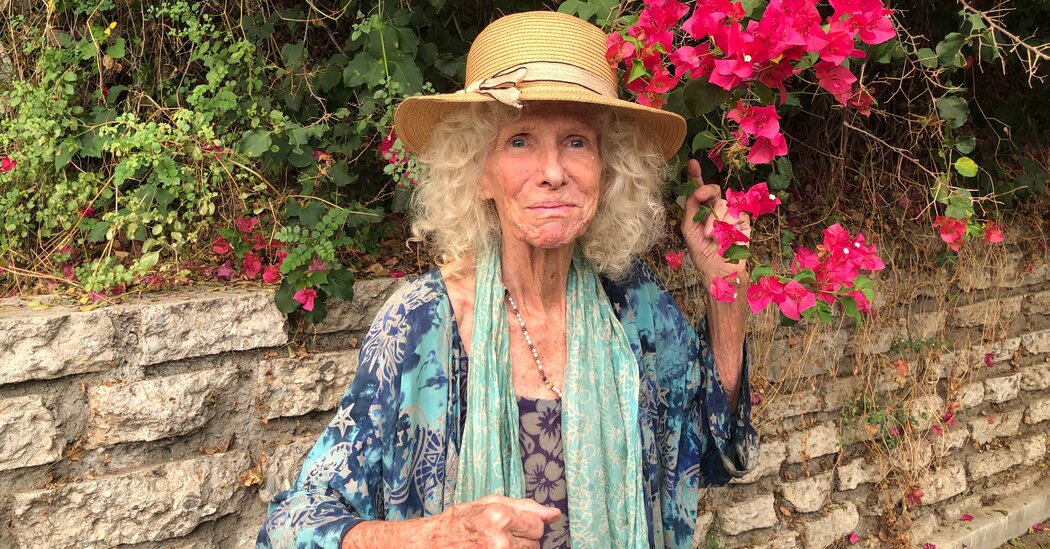 Constance Demby, whose ethereal music, some of it played on instruments she designed, was much admired by New Age adherents, spiritual seekers and fans of electronica, died on March 19 in Pasadena, Calif. She was 81.

Her son and only immediate survivor, Joshua Demby, said the cause was complications of a heart attack.

Ms. Demby’s 1986 album, “Novus Magnificat: Through the Stargate,” was a breakthrough for both her and the New Age genre, selling more than 200,000 copies, a substantial figure for that type of music. Pulse magazine named it one of the top three New Age albums of the decade and called it “a landmark, full-length electronic symphony reminiscent of Baroque sacred music with crystalline effects that take you out of the realm of everyday experience.”

More recently, tracks like “Alleluiah” and “Haven of Peace” from “Sanctum Sanctuorum,” a 2001 release, have been drawing attention from a new generation of fans, said Jon Birgé, owner of Hearts of Space Records, Ms. Demby’s label for the past 20 years.

Ms. Demby viewed sound, when harnessed properly, as having transformative and even healing power.

“Music is a realm of consciousness the listener enters by traveling on a beam of sound,” she told Malibu Surfside News in 2010. “It opens the heart.”

Eleni Rose-Collard, her former assistant, saw the effects of Ms. Demby’s music on audiences, including those who came to her studio for small-scale house concerts.

“One of my deepest memories was being there with her while she was composing ‘Novus Magnificat,’” she said. “I was across the room, I fell to my knees, crawled to her, put my head in her lap and sobbed.”

Ms. Demby’s studio was full of synthesizers, computer monitors and various instruments, including one she named the Space Bass, which she created in the 1960s when she was an artist in Manhattan’s SoHo neighborhood making sculptures.

“I brought this 10-foot-long sheet of mirror-finished steel to the studio and hung it up to start torching it,” she recalled in the 2010 interview — and she was transfixed by the sounds that emanated from the metal when it wobbled. She added some brass and steel rods and other refinements, and the Space Bass was born.

There was also the Whale Sail, another sheet-metal creation, as well as a hammered dulcimer that she and the noted instrument maker Sam Rizzetta designed especially to reach notes lower than a traditional hammered dulcimer can produce.

“It ended up being almost five feet long,” Ms. Demby wrote on her website, “because that low C string demanded a certain length in order to achieve the note. The resonance is such that the sound of one string being struck hangs in the air for nearly 15 seconds.”

The writer Dave Eggers, a nephew, recalled how his aunt’s albums and artworks had brightened his youth in Chicago.

“Whenever Connie would create a new album, she’d send it to us,” he said by email, “and the contrast between our many-shades-of-brown house and her records and posters, all with ethereal themes and rainbow colors, was dramatic.”

Later he would visit the studio where she made her music.

“In her place in Sierra Madre, in a light-filled front room, the Space Bass made sounds of thunder and crashing oceans,” Mr. Eggers wrote. “Most of her compositions were otherworldly — as if she were composing the soundtrack to the next world.”

Constance Mary Eggers was born on May 9, 1939, in Oakland, Calif. Her father, John, was an advertising executive, and her mother, Mary Elizabeth (Kingwell) Eggers, was a homemaker.

She grew up in Greenwich, Conn. When she was 8, her mother acquired a grand piano, which sparked Connie’s interest in music.

“I watched her two hands interacting,” she said. “Within days I was taking piano lessons.”

Ms. Demby married David Demby in 1961 (the marriage would end in divorce), and she spent much of that decade in New York, where she fell in with musicians like Robert Rutman, who would become well known as a multimedia artist. In 1966 Ms. Demby relocated to Maine, and soon Mr. Rutman did, too. Around 1970 she joined him in the Central Maine Power Music Company, a performance group that made much of its music with homemade instruments.

Ms. Demby lived in Spain for a time before settling in California. She took her music all over the world. Mr. Eggers recalled her telling stories of performing at Stonehenge in England and at the foot of the pyramids at Giza in Egypt. She often performed at planetariums and other astronomy facilities, including the Mount Wilson Observatory in California.

“What Demby likes to do,” Ms. Demby told The Los Angeles Times in 2000, “is to play energy, and play the audience as one of her instruments.”

Mr. Eggers said he spoke to his aunt most recently a few weeks ago, when her health was failing.

“Her memory was not good, and she couldn’t remember many friends or any recent events,” he said. “But she knew her music. She knew everywhere she’d played, and the name of every composition.”

“Out of nowhere she began talking about heaven,” he added. “‘I think I’ll be welcomed there,’ she said. ‘I think they’d like the music I made, and they’ll open the gates for me.’”

A day after the government of the Czech Republic blamed operatives from Russia’s military intelligence agency for a series of mysterious explosions at an...
Read more
Europe

Scrutiny of William and Harry’s relationship hovers over the funeral.

Almost 24 years ago, the world watched as a pair of brothers, ages 15 and 12, walked a mile through the grounds of Windsor...
Read more
Europe

The literary prize scammers seem more obviously motivated by money. The fraudster targeting the British awards appear to use the same approach each time,...
Read more