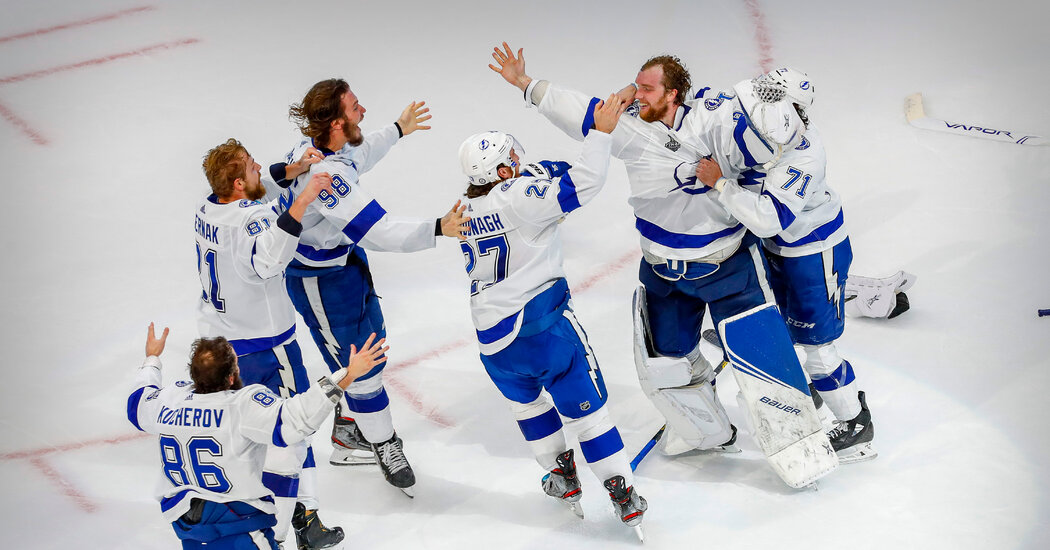 Protracted negotiations involving the N.H.L., its board of governors, the players’ union and several moving parts related to municipal, state, provincial and national protocols in two countries culminated Sunday with an agreement for next season.

The 2020-21 N.H.L. regular season will begin Jan. 13 and, if all goes according to plan, end in mid-July after a 56-game regular season and a 16-team, four-round playoff consisting of best-of-seven series featuring the top four teams from each division. The league hopes to return to its regular 82-game schedule next October for the 2021-22 season.

“The National Hockey League looks forward to the opening of our 2020-21 season, especially since the Return to Play in 2019-20 was so successful in crowning a Stanley Cup champion,” the league’s commissioner, Gary Bettman, said in a news release announcing the agreement between the league and the N.H.L. Players’ Association. “While we are well aware of the challenges ahead, as was the case last spring and summer, we are continuing to prioritize the health and safety of our participants and the communities in which we live and play.”

The agreement for the 2020-21 season was a product of the latest round of labor talks and logistical undertakings. After the 2019-20 season was suspended in March, the parties ratified a plan for the playoffs and a collective bargaining agreement that overwrote the existing pact, and extended it through the 2025-26 season.

Still, moving targets made further negotiations necessary, and some aspects of the coming campaign remained unclear Sunday. The league said it would make further announcements regarding personnel rules and health and safety protocols — including vaccination, testing and other virus-related issues — in the coming days.

With the N.B.A. regular season set to start on Tuesday, the N.H.L. pressed on with negotiations, which have been complicated in part by the presence of seven Canadian franchises. Nationally and in some of its most populous cities, like Toronto, Canada has used stricter measures to minimize the spread of the coronavirus than much of the United States has. Border closures, quarantine protocols and other obstacles would have made a traditional N.H.L. schedule with teams frequently traveling between the two countries difficult.

The N.B.A. was not as challenged by these circumstances given that it has only one Canadian franchise, the Toronto Raptors. That team will begin its season hosting home games in Tampa, Fla.

The N.H.L.’s solution was divisional realignment and a seismic scheduling shift. There will still be four divisions — three with eight teams and one with seven — but they have been reorganized so one division consists of all the Canadian franchises. There will be the West, East, Central and North divisions, with the North consisting of the seven Canadian clubs.

The schedule will be intradivisional, with eight meetings between divisional foes within the three eight-team divisions, and nine to 10 meetings with each in the North in an effort to diminish travel and interpersonal contact.

Provincial authorities in Canada still need to approve plans for teams to practice and play in the seven cities spread across four provinces to avert a relocation similar to that of the N.B.A.’s Raptors and Major League Baseball’s Toronto Blue Jays, who played last season in Buffalo.

One team based in the United States has already announced a relocation. The San Jose Sharks said they would hold their training camp in Arizona. Santa Clara County, Calif., where they play, has prohibited contact sports through at least Jan. 8, which prompted the N.F.L.’s San Francisco 49ers to finish their season in Arizona.

There were also economic obstacles for the N.H.L., including team owners whose core businesses were hurt by the pandemic. Even otherwise stable teams whose ownership was invested heavily in event promotion, lodging and other industries adversely affected by the pandemic were in weakened positions financially. That reality was compounded by the fact that the N.H.L. leans more heavily on its gate revenue than do other major North American sports leagues, and now faces the prospect of a regular season without fan attendance.

Still, the league’s Board of Governors approved the agreement on Sunday after the vote by the players’ union, setting the stage for another season.

The seven N.H.L. teams that did not participate in last season’s expanded 24-team postseason will be able to start training camp as soon as Dec. 31, and the other 24 franchises can start Jan. 3. There will be no preseason games.

“This has been a day we have been eagerly waiting for since March, so needless to say we are excited about our return,” said Anaheim Ducks General Manager Bob Murray, whose team did not qualify for the 2020 postseason.

The 2020-21 season will be followed by a busy summer, with not only the usual amateur draft but an expansion draft that will help shape the fortunes of the N.H.L.’s 32nd franchise, the Seattle Kraken, who will begin competition in 2021-22.

If the league successfully returns to its traditional calendar, there could be professional hockey in 11 months in 2021, with the 2020-21 season concluding in July and the 2021-22 preseason possibly beginning in September.

Donald Fehr, the executive director of the players’ union, said that he was pleased with the agreement and the season’s distinct parameters, and that the players were eager to return to competition.

“The players are pleased to have finalized agreements for the upcoming season, which will be unique but also very exciting for the fans and players alike,” Fehr said in a statement. “During these troubled times, we hope that N.H.L. games will provide fans with some much needed entertainment as the players return to the ice.”