That Strange Feeling Going Around Is Optimism 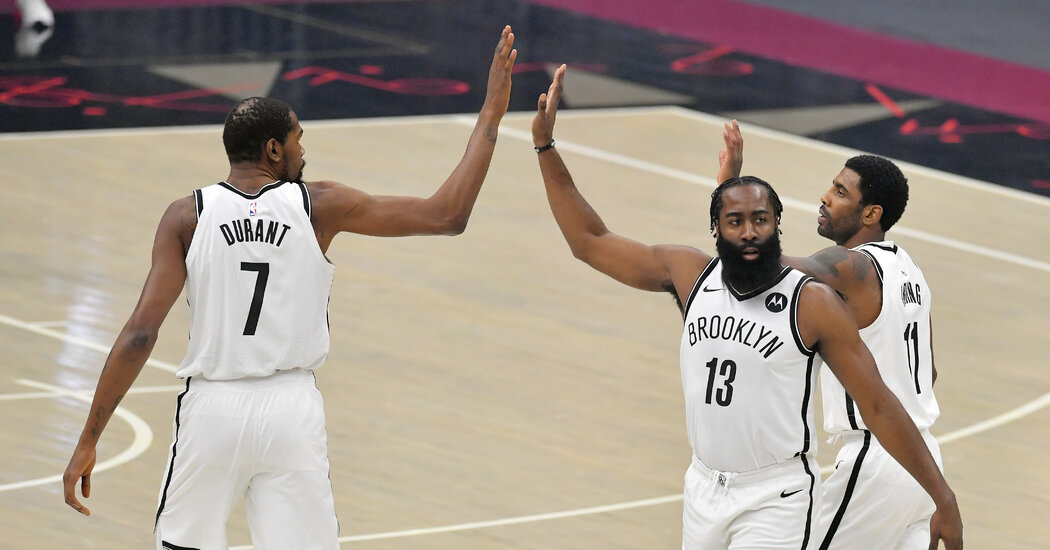 It was a rough couple of decades for sports in New York, and not just because of the incessant losing. The last 20 years was an era of general ineptitude marked by a butt fumble, a Ponzi scheme, failed coaches, disgraced executives, a team hero getting dragged out of the arena by security and losing seasons stacking up like rotting garbage bags in the snow.

To be a New York sports fan through all of that was a mental and emotional test of endurance just to remain loyal during perhaps the worst two-decade stretch for sports in the region.

The dozen or so teams in the country’s biggest market, with all their resources and expectations, competed for a possible 223 championships over that period in six different leagues, but won only four titles, or 1.8 percent. Boston, a much smaller city, won 12 out of a possible 99 and one team in a an even tinier market — the San Antonio Spurs — won just as many as all the New York teams combined, despite having only 20 chances.

But maybe, just maybe, the collective suffering is coming to a merciful end. You might have to look deep in a couple of cases, but for the first time in years, all the arrows seem to be pointing up.

“We are on the cusp of maybe a good 10-year run where all the teams are in contention in their respective sport,” said Boomer Esiason, the Long Island-bred former N.F.L. M.V.P. who, as the host of the drive-time morning show on WFAN radio, has the pulse of the fans. “It’s really a fascinating time in New York sports.”

Of course, it could all go sideways in the blink of a stupid trade or a shredded elbow, especially with articles like this one to jinx it. For now, optimism reigns and the following words can be typed in succession for the first time in ages: The Nets are stacked, the Mets are poised, the Giants seem to be building something real, the Jets have a bushel of draft picks and a commanding new coach. And the Knicks — the Knicks! — actually seem to know what they are doing.

OK, we know you are skeptical. Twenty years of sports PTSD will do that. But here is a closer look at how the various New York teams are faring.

The Nets are contenders. The Knicks are competent!

The most astonishing turnaround in the metropolitan region at the moment belongs to the Knicks.

People under the age of 30 may not remember, but there was a time when the Knicks owned New York, even more than the Yankees. When they played the Chicago Bulls, the Indiana Pacers or the Miami Heat in the playoffs in the 1990s, the city went on pause. That changed, coincidentally or not, around the same time James Dolan took ownership of the team and the Knicks only made the playoffs (barely) five times over 20 seasons.

But the future for the Knicks shimmers a little brighter now with a combination of exciting young players, a highly respected head coach in Tom Thibodeau and a sensible executive with a vision in charge of it all (Leon Rose, that is, not Dolan).

Immanuel Quickley and Obi Toppin are impressing in their first few months in the league. RJ Barrett, a former No. 3 over all pick, is only a year ahead of them on the development scale. And Julius Randle, a rare free agent success for the team, has broken out to become a star. With everyone committing to Thibodeau’s defensive mandate, the Knicks are floating close to .500 for the first time in eight years and are actually watchable again.

“One hundred percent they are headed in the right direction,” said Isiah Thomas, the Hall of Fame point guard, N.B.A. analyst and former Knicks coach and executive. “Under Leon Rose and Thibodeau, what they have established with his defensive mentality is already paying dividends.”

While the Knicks are building organically, the Nets took the just-add-water approach with a powerful mix of three superstars — Kevin Durant, James Harden and Kyrie Irving. The Nets, fresh off a five-game sweep on the West Coast, are the No. 2 team in the Eastern Conference behind the Philadelphia 76ers and are title contenders for the first time since the Jason Kidd (playing) era.

The Liberty have been quietly atrocious the last three years, but in 2020 they selected the incomparable point guard Sabrina Ionescu with the No. 1 over all pick in the W.N.B.A. draft. She played in only three games her rookie season because of an ankle injury, but is expected to help transform the team. Adding Natasha Howard, an All-Star who has won multiple championships, can’t hurt.

The Mets have a savior. The Yankees are the Yankees.

It is impossible to look past the Mets repeatedly hiring men accused of harassment, but the actual team on the field should be in for an exciting summer. Many of those fans waited years for an owner like Steven Cohen to take the team from the Wilpons and start spreading his billions around like a wiseguy at a craps game, but their best off-season move was a trade for Francisco Lindor, a transformational player. For now, fans and players alike believe Cohen will deliver a winner to Flushing. Luis Rojas, the Mets manager said the players’ optimism was palpable on the first day of spring training.

“You feel the energy from the guys as far as talking about the passion that our new owners has shown in the off-season,” Rojas said.

As for the Yankees, let’s cut them some slack for only winning one World Series since 2000. Ordinarily, that would be an abject failure, but compared to the other slouches in town, at least they actually grabbed one. For sheer consistency of effort over that time, the Yankees stood alone in the region.

Look, we know the last five years or so of football in New Jersey has been excruciating for the fans. But …

“There is no question that both franchises are on the upswing,” said Esiason, who is also an N.F.L. analyst for CBS. “Both Giants and Jets fans feel there is an optimism surrounding the team, for different reasons.”

Finding something positive about the Jets is really an undertaking for a historian. Actually, a geologist — what does the carbon dating reveal about their only trophy? Paleolithic period? Jurassic? After all, the Jets (2-14 last season) can’t even lose properly. By winning a second game, they missed out on a generational No. 1 draft pick. Trevor Lawrence almost certainly won’t be a Jet, but the No. 2 pick is better than, say, the No. 3 pick, and they have many more picks in the holster, too.

“I would love to see Joe Douglas’s white board,” Esiason, who played for the Jets, said about the team’s shockingly competent general manager. “They’ve got tons of options.”

They also have a new coach, Robert Saleh, whom people already love before he has run a practice. The Jets clearly took note of the success of their fellow Jersey swamp residents’ new tough-guy coach, and hired one of their own.

Much of the hope surrounding the Giants emanates from that coach. Joe Judge changed the culture in his first year and led the G-men to six wins, which in the awful N.F.C. East made them a playoff contender.

Plus, with two Super Bowl titles in the last 14 years, the Giants get the city’s only hall pass in this accounting.

Hockey built itself back from the ground up.

Esiason is also passionate hockey fan, and he pointed to a key moment in recent Rangers history that he sees as the catalyst for the entire region’s turnaround. In February 2018, the Rangers decided they were going to tear down the roster and rebuild, and sent a letter to season ticket holders advising them to say goodbye to their beloved older stars.

“That has never been accepted in New York, for any team,” Esiason said. “It kind of set things in motion.”

Now the Rangers are loaded with promising young players, like Alexis Lafreniere, last year’s No. 1 pick, Kaapo Kakko, the No. 2 pick in 2019, Adam Fox and goalie Igor Shesterkin, just to name a few.

The Devils have also been plucking No. 1 picks, with Nico Hischier, who was just named captain last week, in 2017 and Jack Hughes in 2019, plus a deep pool of other intriguing prospects. Fans seem to appreciate where they are headed (and yes, they also get credit for capturing the region’s other title way back in 2003).

Meanwhile Islanders fans are feeling good that Lou Lamoriello is the president of a team that made the conference finals last year.

“Lou Lamoriello has basically resuscitated that moribund franchise,” said Esiason, whose son-in-law, Matt Martin, is a forward on the team, “and they have a new arena being built over in Elmont — who would have thought that would ever happen? Now, suddenly, they are one of the top teams in the N.H.L.”

It’s all there. Maybe.

Add it all up, from the Bronx to New Jersey — the Red Bulls are bound to win an M.L.S. Cup eventually, right? — and maybe the region really is headed for something better than four championships in the next 20 years.

“New York is the greatest city in the world and it really needs some positive energy,” said Alex Rodriguez, the ESPN analyst who was part of the last Yankees championship in 2009. “Things are looking up. I think sports is ready to bring a lot of joy and hope for the folks of New York.”

Some of her players want assurances that she will keep in touch.“One asked me, ‘When you leave, can I still send you video?’” she...
Read more
Baseball

Yankees Manager Taking Leave of Absence to Get Pacemaker

Yankees Manager Aaron Boone said he expected to be absent from the team for a short time because of ongoing heart issues. The Yankees...
Read more
Baseball

It was the fourth inning of a spring training game between the Reds and the Athletics on Monday, and Sal Romano was in trouble.Romano...
Read more

Protesters and Police Clash in Paraguay Amid Anger Over Pandemic Response

ASUNCIÓN, Paraguay — Protesters clashed with the police in Paraguay’s capital, Asunción, late on Friday as anger over the government’s handling of the coronavirus...
Read more

This obituary is part of a series about people who have died in the coronavirus pandemic. Read about others here.When Anna Majani stepped into...
Read more

NEW DELHI — Outrage in India is growing over comments made by the nation’s chief justice in two rape cases, with thousands of women...
Read more

WASHINGTON — A member of the far-right nationalist Proud Boys was in communication with a person associated with the White House in the days...
Read more
Load more

Protesters and Police Clash in Paraguay Amid Anger Over Pandemic Response

ASUNCIÓN, Paraguay — Protesters clashed with the police in Paraguay’s capital, Asunción, late on Friday as anger over the government’s handling of the coronavirus...
Read more

This obituary is part of a series about people who have died in the coronavirus pandemic. Read about others here.When Anna Majani stepped into...
Read more

NEW DELHI — Outrage in India is growing over comments made by the nation’s chief justice in two rape cases, with thousands of women...
Read more